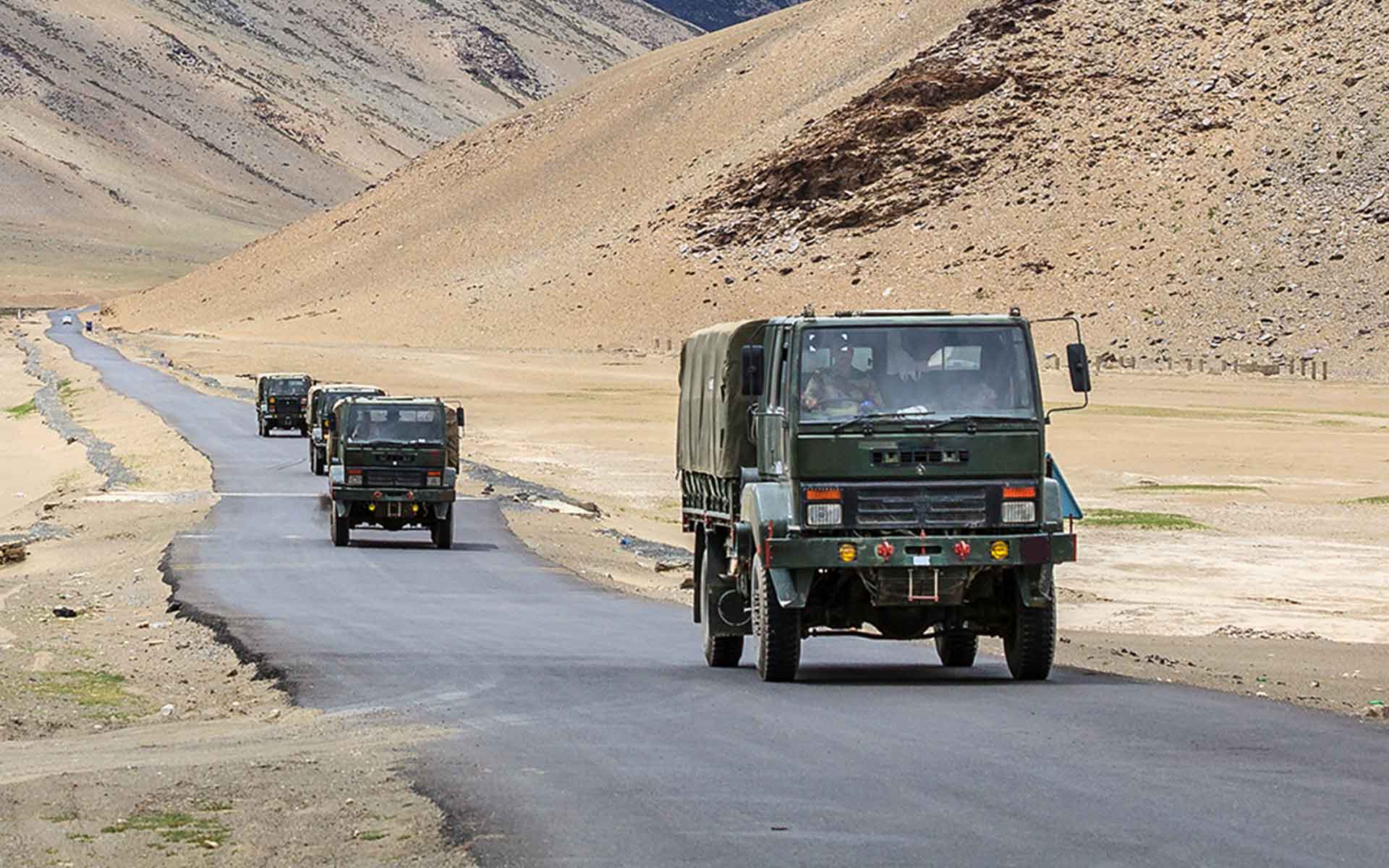 Natural gas accounts for less than seven percent in India’s total energy basket. While Indian primary energy basket is dominated by coal with 55percent followed by Crude Oil with 30 percent composition, Albeit natural gas is considered as cleaner energy sources, with less carbon footprints, yet it is not considered as preferred energy source. One fourth of global consumption is already of gas, but India is nowhere close.India’s tryst with natural gas is more than a century old. However the efforts to increase natural gas usage gained momentum only in mid 1980s with the commissioning of Hazira-Vijaipur-Jagdishpur (HVJ) natural gas transmission pipeline by Indian public sectors enterprise GAIL. HVJ Pipeline was an effort to link some distant parts of India with the gas supply sources and to date remains the gas transmission infrastructure bedrock on which another ambitious infrastructure project National Gas Grid has been planned.

Natural gas (apart from being feedstock for petrochemical refineries) was primarily envisaged as a chemical source for fertilizer production. However it was also later considered as a rich and clean energy source for fuel consumption requirements by transport (in form of Compressed Natural Gas; CNG) and domestic, commercial and industrial consumption in form of Piped Natural Gas (PNG). Supreme Court mandated conversion of diesel vehicles used for public transportation to (relatively much cleaner) CNG vehicles triggered a green fuel revolution of sorts in the metropolitan cities of Delhi and Mumbai during the end of 1990s. Simultaneously keeping in line with global developments and moving towards the direction of cleaner fuels for electricity production, natural gas was envisaged for power production also.

In the later years with Gujarat having a natural advantage due to gas production fields of natural gas and also availability of ports that received imported Liquefied Natural Gas (LNG) cargos added significantly to natural gas sector momentum. Gujarat also took lead in creating a comprehensive policy framework-both from supply as well as demand side-for the growth and development of natural gas sector in the state. Subsequently with the setting up of Petroleum Gas and Natural Gas Regulatory Board (PNGRB) as sector regulator in 2006, the natural gas activities spread to other states as well.

Domestic production: The excitement and thereafter

In the meantime along with the activities of mainstream producers like ONGC and OIL, domestic natural gas exploration & production also witnessed significant developments. Gujarat government‘s enterprise GSPC Ltd. announced its huge natural gas finds in Krishna Godavari basin off Andhra Pradesh coast followed by Reliance Industries Ltd.’s (RIL) KG-D6 natural gas offshore discovery and subsequent production. While the former had always struggled with monetizing the natural gas discovery, its subsidiary companies contributed significantly to the creation of transmission and distribution networks in state and outside. Despite initial volumes, RIL unfortunately also could not sustain production of natural gas in KG-D6 fields which witnessed a fall from peak of 80 mmscmd (million standard cubic meters a day) to practically nil today.

However the KGD6 discovery did trigger a huge momentum towards setting up of natural gas based power plants in the country. Majority of these power plants came up in the state of Andhra Pradesh followed by some other states including Gujarat. More than 3/4ths of these plants were promoted by private sector while others by public sector. All these power plants came up in anticipation of abundant availability of domestically produced natural gas that was also supposed to be significantly cheaper than imported LNG. It all started with good intent-alternative to (polluting) thermal power plants and also giving consumption side fillip to domestically produced natural gas-but unfortunately could not reach its logical conclusion.

Today in 2020 more than 50 per cent (about 14.31 GW) of India’s total natural gas based power production capacity (at 24.15 GW) is unutilized due to not only unavailability of domestically produced natural gas, but also the producers’ lack of motivation to use (dearer) imported LNG, resulting in costlier power production. These plants being on the brink of becoming non-performing assets (NPAs). Domestic gas supplied to natural gas-based power plants during 2018-19 was mere 25.11 mmscmd, which is nearly 70 per cent short of the gas allocation done to the power sector. Due to this shortfall, the plant load factor (PLF) of these gas-based power plants has contracted 43 percent points since 2009-10 to about 24 per cent in 2018-19. Also about 9 GW of this total natural gas power plants’ installed capacity incidentally still exist without any formal fuel supply agreement. In the past with best of incentives and concessions by the government, the best that power plants could operate was a 30 percent PLF.

This non-availability of domestic gas and high cost of imported supply has stranded gas-based power plants with a capacity of 14.31 GW megawatts (out of about 24.15 GW installed capacity)which at a rate of Rs 4-5 crore per MW has put investments to the tune of approximately Rs 60,000 crore under stress. To put things in perspective, India’s total installed power capacity stands at about 350 GW. Thus natural gas based power plants though account for only about 7 percent of the total installed capacity in India, they present an unpleasant picture of a plan went awry. Unfortunately the stressed assets are also unlikely to be picked up by other buyers due to the same reasons owing to unavailability of economically priced domestic natural gas. Government of India had earlier attempted to bail out these power producers by offering a subsidy scheme under the Power System Development Fund (PSDF) in 2015.

However as crude prices then went almost below US $30 per barrel and thus imported LNG (being oil indexed) also became (momentarily) viable for these plants, the plants did not avail subsidies then. Consequently the problem of stranded assets continues.

The way out for optimizing these stranded assets

Unfortunately these stranded assets that are a result of certain over-anticipations in the past and policy incoherence are a huge economic waste for India. A way out is thus extremely important. Some of the steps suggested to tackle the situation are as follows:

1. Ensuring the availability of cheaper imported LNG and bundling the power thus produced in these plants with cheaper solar power prices (available to power distribution companies-DISCOMs). DISCOMs in turn would distribute & sell this bundled power as a proportion of total power that it sells to certain categories of customers. Thus the overall incidence of relatively dearer natural gas based electricity shall be spread over many layers. To make it more successful, this shall have to be coupled with other financial incentives that may be available to both producers and DISCOMs. Putting an environmental price on coal may provide an economic justification for this bundling.

2. As it would be difficult to find buyers for these stranded power plants through NCLT process, banks, financial institutions and in some cases SPVs formed by government should take over the management control of these power plants. This would ensure easing out the errant original promoters and better functioning of these plants.

3. Government should ensure discounts in gas transmission charges for these power plants along with special relief in VAT (or GST) on natural gas.

4. Natural gas produced power should be considered an ideal choice for supporting continuous supply of renewable energy (RE) as compared to thermal power, it has fast ramping rates, low technical minimum level of operation and high part load efficiencies. In the eventuality of relatively high renewable energy mix, natural gas based power is adequately suited to provide the required RE balancing needs due to these advantages.

Optimizing the stranded natural gas based power plants looks a practical proposition today due to also the reasons owing to depressed international crude oil and natural gas prices. The low imported gas price scenario-exacerbated by COVID-19 related uncertainties- is likely to prevail at least for the next few years. In addition moves like a dynamic and functional natural gas trading exchange in India coupled with likely GST regime for natural gas will only support these efforts. Policymakers and other stakeholders need to move swiftly to capitalize this as the choice is between these power plants becoming junk, lenders losing their money and some bold moves that could help realize the economic value of these stranded assets.

Finally at the current installed capacity of about 24 GW plus, if by all means it is possible to utilize the stranded capacities to about 80 percent plant load factor, it would be a huge boost towards increasing the gas demand in the country and thus realize the ambition of ramping up the share of natural gas in India’s energy basket from the current paltry 7 percent to at least 15 percent in coming years. The externalities arising of this shall enable India take a few more steps towards its objective of having a larger role for natural gas in its economy.

previous
India’s GDP numbers are not scary, albeit the diagnosis is in improving consumption
next
It is disastrous, if Finance Minister Nirmala Sitharaman & her bureaucrats think that states can borrow more to meet their revenue shortfall